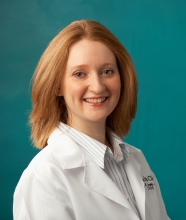 Nicole Chainakul, M.D., specializes in Obstetrics and Gynecology (OB/Gyn). She graduated from the University of Oklahoma Health Sciences Center in 2006 and completed her residency at the University of Missouri, Kansas City (UMKC) in June, 2010.

Dr. Chainakul’s most notable educational accomplishments include being named to the Alpha Omega Alpha Medical Honor Society, receiving a Tulsa County Medical Society Scholarship, and being named an Oklahoma State Board of Regents Scholar.Dr. Chainakul’s professional associations include memberships with the American College of Obstetrics and Gynecology and with the Kansas City Gynecology Society while completing her residency at UMKC. She has worked as a microbiology laboratory assistant at the University of Oklahoma and an anesthesia intern at University Hospital in Oklahoma City.

She enjoys spending time with her two pugs, traveling and visiting museums.

Dr. Chainakul’s office is located on the campus of Bailey Medical Center at: