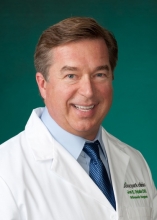 Dr. Orjala speaks fluent German and Haitian Creole plus some French and Spanish.  He has performed over 10,000 arthroscopic procedures including more than 5,000 on knees, 4,000 on shoulders and many others on elbows, ankles, wrists and hips.