Now and Then: Bailey Medical Center Employee Shares Perspective as One of Hospital’s Original Employees

21 Nov
In the early 2000s, the quiet Tulsa suburb of Owasso started attracting residents and retailers at a steady pace. A lower cost of living, family-friendly community and quality school system within a 20-minute commute to Tulsa were (and remain today) drivers for Owasso’s growth. To provide access to top technology and providers for health care needs, Hillcrest HealthCare System announced plans for a new 73-bed, 138,000 square-foot hospital. The news spread as excitement grew for what is today Bailey Medical Center - the largest hospital in Owasso. “I was living in Anchorage, AK about to complete a 3-year contract as a respiratory therapist and heard there were two hospitals opening in Owasso,” recalls Daria Reynolds, CRT. “When I moved back to the area, I drove by Bailey and decided that was the only place I wanted to apply.”
In October of 2006, Daria arrived on campus for her interview. The hospital was in the final stages of construction. “I remember interviewing for the position in a trailer outside the hospital,” she says. “The interview went really well. I instantly clicked with my manager, Kim.” Joining the hospital as a respiratory therapist, Daria was among more than 130 allied health professionals hired to work at Bailey Medical Center.
Providing comprehensive health care services in general medicine, general surgery, obstetrics, gynecology, orthopedics, rehabilitation medicine, occupational medicine, emergency and urgent care, bariatrics and internal medicine, the hospital opened the doors and saw its first patient November 21, 2006.
“I remember the grand opening,” shares Daria. “I was one of the people who gave tours of the hospital to the public. We closed off one wing of the hospital so the public could see all of the state-of-the-art technology we had from our trauma room to the emergency department and operating rooms. I remember many people asking questions touring the patient rooms. They were very complimentary of the hospital.”
Ten years later, Daria, oversees the pulmonary function lab and says she still receives compliments about the hospital. “Patients and visitors compliment us all of the time,” she says. “We’re obviously doing something right and I can only see us doing better in the future.”
Since that first day, Daria says the focus remains on patient safety and patient satisfaction. “Exceptional customer service is what patients expect,” she adds. “That is our focus. We get modified patient satisfaction surveys without patient data and go over those routinely. Our CEO, Keith Mason, and other administrators are always talking about how we can improve.”
Bailey Medical Center stands out for services, such as bariatrics as a Center of Excellence in Oklahoma. The hospital tops rankings by Becker’s Hospital Review and Modern Healthcare as one of the best places to work in health care.  Parent company, Ardent Health Services, has awarded Bailey one of their top-performing hospital three times. Bailey Medical Center has certainly made a name for itself, not only in Owasso and northeastern Oklahoma, but across the country. “I’ve worked in numerous hospitals,” says Daria of her 22-year career in health care. “I’ve never worked in a hospital like this. It is very patient-focused.  Bailey started out very family-oriented and still is today. No one ever talks down to you here. You feel you are truly respected. I’ll never leave.”
Today, 26 employees celebrate Bailey Medical Center’s 10th anniversary as 10 years with the hospital. 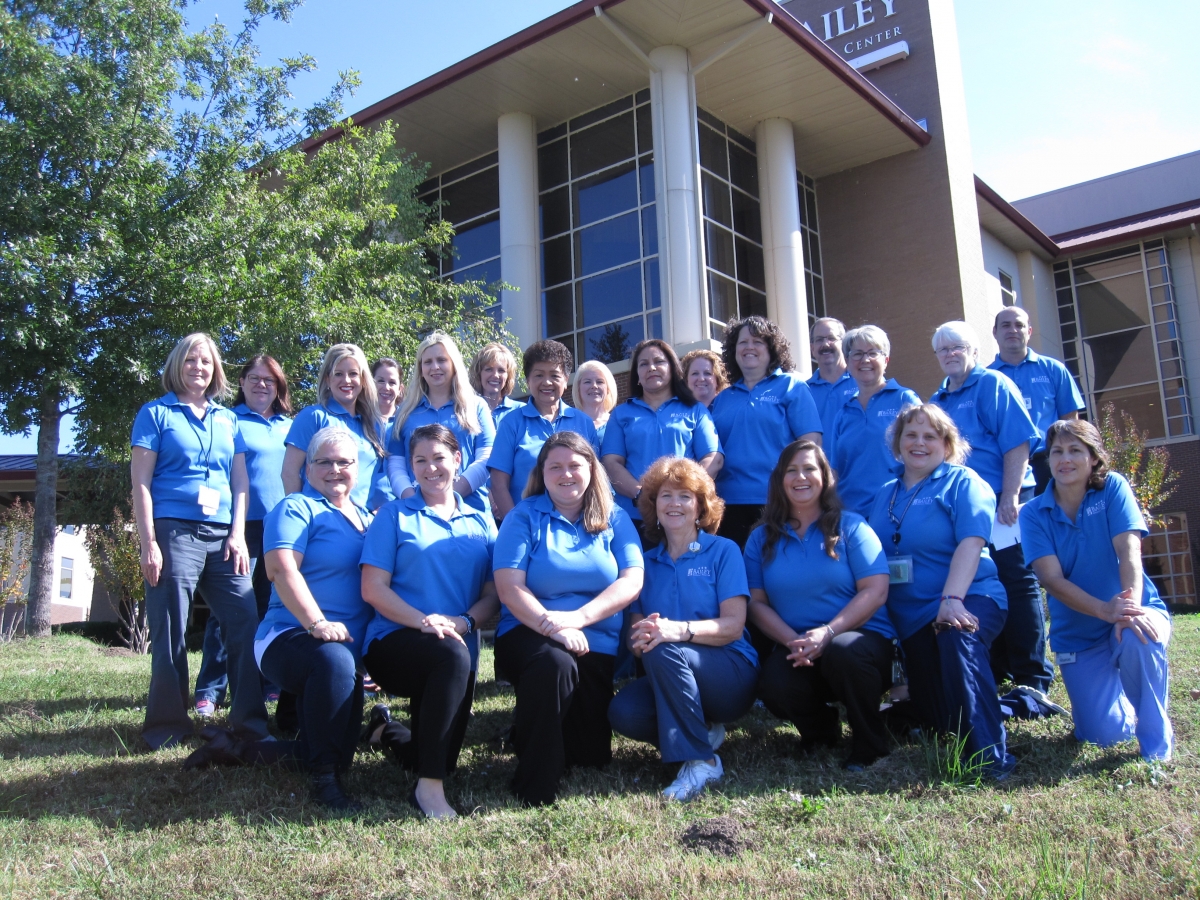