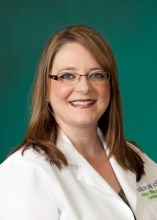 Erin Williamson, APRN-CNP, has been a Nurse Practitioner since 2009 and practices Gastroenterology.  She is board certified by the American Nursing Credentialing Center.  She is a member of the American Nurses Association and the Crohn’s & Colitis Foundation of America.